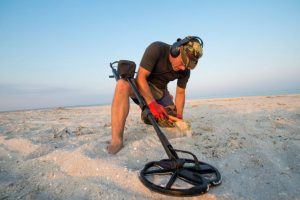 Beach hunting is a favorite pastime among hobbyists and for good reason. Long before modern day tourists and beach-goers hit the sand and surf for pleasure, pirates used the seas to haul and hide their loot. Settlers used the shores for many purposes from settling … Read More 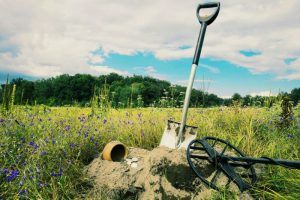 Did you set out for your first hunt and returned home discouraged?  Are you new to metal detecting and you’re not sure where to start?  Are you up to putting new tricks you haven’t considered to the test?  Metal detecting takes practice, patience, and a … Read More 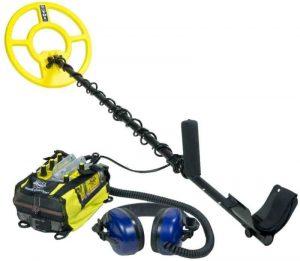 The White’s TDI BeachHunter is one of those of its kind that detectorists anxiously save up for.  It’s a top pulse induction detector that is known for its deep, deep detection.  But, we all know that depth isn’t the only feature that counts.  It also … Read More 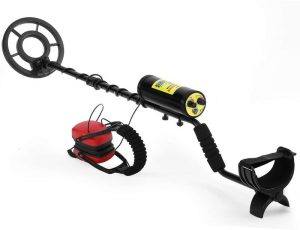 Not every underwater treasure hunter is an expert and needs an expensive model.  The Nalanda MD027 is one of the cheapest, true, underwater metal detectors in the market.  With just a quick scan over its control box tells you this thing was made to perform … Read More 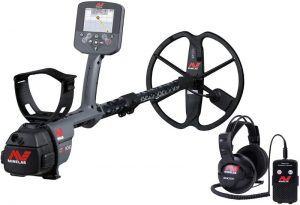 The Minelab CTX 3030 is not the kind of detector that’s bought every day, the price is far too high for that.  But, when someone pulls the trigger on it, the CTX performs as advertised.  It’s feature-loaded to the max, so there will be a … Read More

The XP ORX is unlike other detectors in the market, and it has XP Deus DNA, so you could see it as an affordable alternative to the high-end and expensive Deus.  There are three model configurations up for sale and this package includes the ORX … Read More

The XP Deus has been a well-known detector in the field, and if you can remember its older V2 and V3 software versions, you’ll know why it was loved and bought by all.  XP continues to release updated software versions upgradable for free on their … Read More 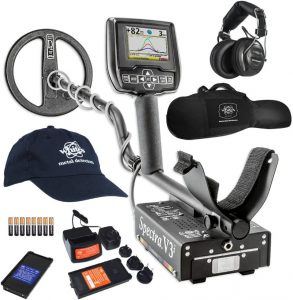 The Spectra V3i is the flagship metal detector for the White’s brand.  It’s the ultimate land-based metal detector for everything from prospecting to finding meteorites and lost jewelry.  It has a Salt Beach mode, and while VLF single frequency detectors struggle here, this isn’t a … Read More 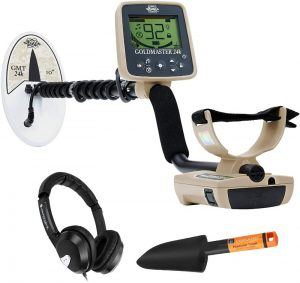 The White’s Goldmaster 24k (GM24k) is one of the best gold prospecting metal detectors from the brand.  They took the GMT and added upgrades to improve your chances of finding gold without hurting the budget.  It has a long list of high-end features that intermediate … Read More 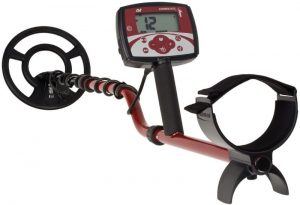 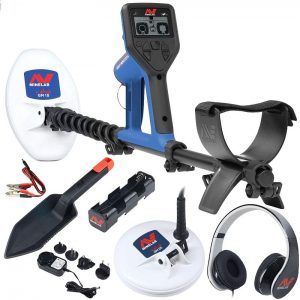 The Minelab Gold Monster 1000 kind of threw everybody off when it was released to the market.  Its been termed as an entry-level gold detector, but its design is beyond entry-level.  You might not know that fact until you actually get out there and start … Read More 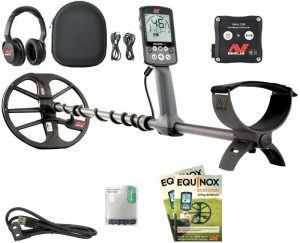 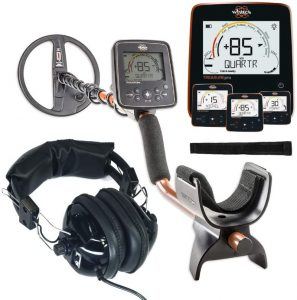 The TreasurePro metal detector by White’s has a steeper price tag than its basic cousin, the Coinmaster.  But, with the price jump comes advanced features that will improve your ability to detect in various ground conditions and increase your success rates at finding more treasures.  … Read More 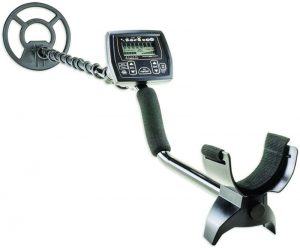 White’s Electronics has a long history in the metal detecting industry going all the way back to 1950.  Today, their products appeal to all budgets and all types of users seeking out a quality detector.  If you’re a coin shooter or a beginner wanting to … Read More 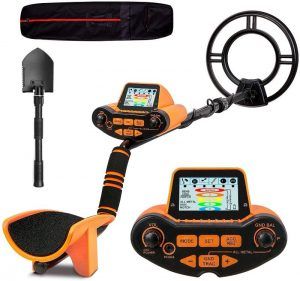 The Sunpow OT-MD02 is an entry-level metal detector.  Although simplicity is at the core of its performance, it has manual ground balance and a color LCD display to help beginners get a head start on learning how to detect.  It’s priced within the budget range, … Read More 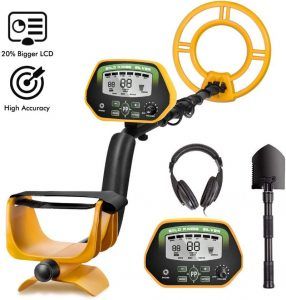 There are plenty of budget metal detectors in the market, but the key in finding the good ones is to do a little research first or you may end up with a kid’s toy.  The RM RicoMax GC-1037 is one of the good ones.   Judging … Read More 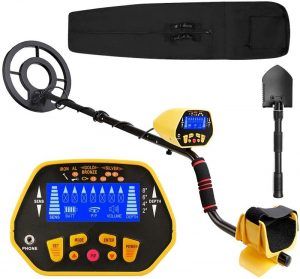 Canway is a brand that is not as commonly known as its giant competitors like Garrett, Fisher, and Minelab, to name a few.  However, their low prices and dependable detectors have earned them some praise amongst a small following of fans.  So, what can you … Read More 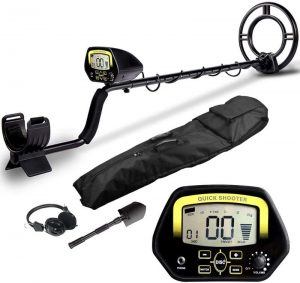 The MD3030 metal detector is made by AmySports, a small-time brand that seems to specialize in different products and distributes their gear through online retailer sites.  As such, it’s an inexpensive detector designed with basic features for the entry-level market.  This model will do exceptionally … Read More 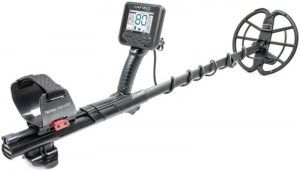 The Anfibio metal detector was the first series of detectors to be released to the public once the Nokta brand announced the merging of both Nokta and Makro.  While there are other models within the Anfibio series, the one up for review is the highly … Read More 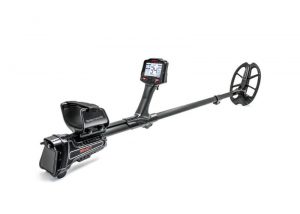 The Impact metal detector was released to the market in 2017 before the official announcement of the merger between Nokta and Makro.  It came as a welcome addition to the industry because people were looking for something new, premium features, and something designed with professional … Read More 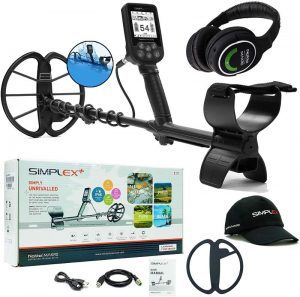 The Simplex+ is one of Nokta’s proudest creations they’ve released to the entry-level market.  It’s praised for its maximum depth, underwater operation, and low price tag.  You may see the Simplex+ marketed as a Nokta Makro metal detector because Nokta acquired Makro Detectors back in … Read More 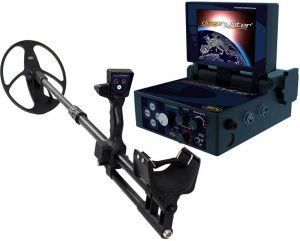 To start with, the Makro Deephunter 3D Pro Package is not for the faint of heart.  It’s a serious machine for only serious metal detectorists.  The Deephunter is calibrated to detect everything including precious metals, gold, cavities, and voids.  The price tag on this metal … Read More 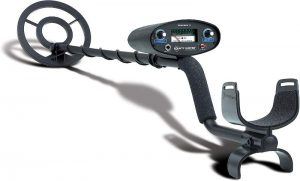 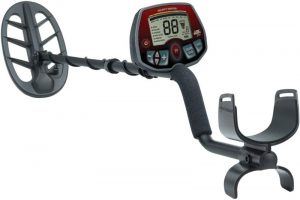 You might have the opinion that Bounty Hunter is considered a budget brand, but they share the same parent company, First Texas Products, with Fisher Labs.  The metal detector up for review is the Land Ranger Pro.  It’s one of the brand’s high-end models that … Read More 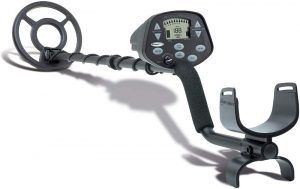 If you’re in the market for an upgrade to your old, analog metal detector, you’ll need to keep a few things in mind: budget, quality, and warranty.  Luckily for you, there’s a metal detector that comes to mind, the Bounty Hunter Discovery 3300.  The Discovery … Read More 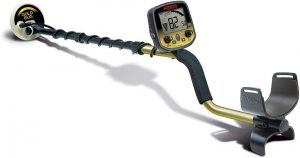 The Fisher Gold Bug Pro is one model of several that replaces the older Gold Bug lines that had analog technology.  This model has digital technology which is the easiest feature to tell the older models apart from the new ones.  This model is one … Read More 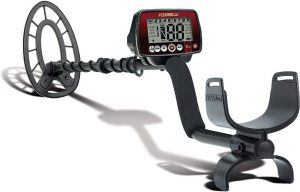 The Fisher F44 metal detector is the upgrade to the F4.  It has new features that puts it above all other entry-level metal detectors in the market with Ground Balance, Iron Audio, All Metal Mode, and much more.  It has multiple Target ID modes that … Read More 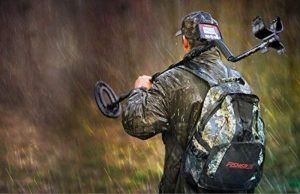 If you remember the old Fisher F2 metal detector that was a leading model for several years, then you’ll be happy to be informed of its upgrade, the Fisher F22.  For an entry-level model priced around a couple hundred bucks, it has some serious features … Read More

The Garrett ATX Extreme Pulse Induction metal detector is a highly advanced machine that is intended for use by professionals and gold prospectors.  It can handle multiple terrains including black sand and salt environments.  It’s waterproof and submersible, collapsible for travel, storage, and diving, and … Read More 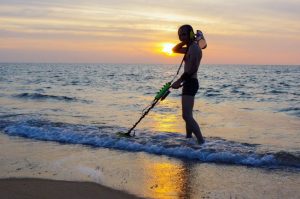 Dive headfirst into sunken treasures of the deep with the Garrett Sea Hunter Mark II metal detector.  This machine incorporates Pulse Induction technology that goes deeper than conventional VLF machines.  If you’re after gold buried under wet sand or at the bottom of the seabed, … Read More