Home > Guide > What Are Rare Earth Metals? What Are They Used For? 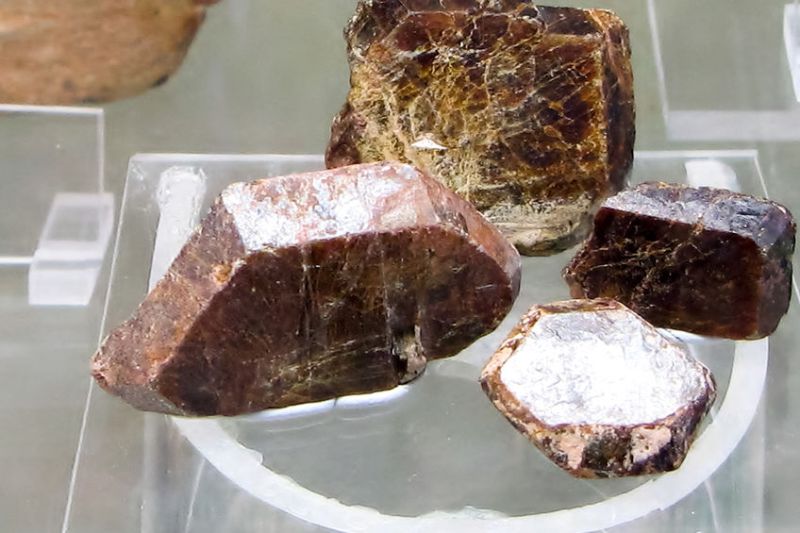 What Are Rare Earth Metals? What Are They Used For?

What do they mean?

What are they and why are they important?

How do we use them?

As the term “technology metals” suggests, they are strategic minerals that are critical to modern society and the advancement of technology.  They’re crucial elements to everything defense, air and space, and military related.  Furthermore, their use expands to clean energy technologies and even household and personal electronics.

In this guide, we will cover important rare earth metals, how they’re mined, and why they’re at the crux of 21st century technology.

What are Rare Earth Metals?

These elements are known as lanthanides.  Despite their “rare” designation, they’re not as rare as their name suggests.  They’re found in abundance across the world with the most concentrations found in China who is the leading producer of REMs.  Millions of years ago, they formed in the earth’s mantle and have been pushed to the earth’s crust due to tectonic activity where weathering has continued to widely disperse these metals.

REMs are further broken down into heavy and light categories where heavy rare earth elements (HREE) are considered more valuable than light rare earth elements (LREE).  Both types of lanthanides are non-radioactive, and they’re highly desired for many clean energy, engineering, and manufacturing technologies.

Why are Rare Earth Metals Rare?

Although they can be found in concentrations higher than other metals, even gold and silver, their disperse locations make it uneconomical to mine and extract save for a few viable mining and refining areas in the world.  Some countries also restrict mining of REMs due to environmental standards.  Most clumps of REMs are found together or within proximity.  They chemically bond to each other and to non-metal elements.  So, apart from the difficulty of being able to find viable sources of REMs, it’s also a very costly and chemically challenging process to separate individual REMs.

You must successfully locate REMs in order to determine its viability as a source worth mining.  Unlike other metals often found in ore deposits and veins that can be economically mined, earth elements are typically found in alkaline and igneous rocks and are not detected via metal detectors.  REMs like Europium, Terbium, and Yttrium can be found at the bottom of the ocean.  A new protein-based sensor may be able to bind to REMs and will change its fluorescence upon positive detection.  This technology is often used to find and bind to calcium, but researchers have found that it’s extremely effective for binding to lanthanides when a part of the sensor is exchanged with a protein instead.  This may be the key for locating concentrated sources of REMs in the near future.

Once an economically viable and high concentration source is found, the first step is to create concentrated chunks from its raw form by using standard mining procedures that includes crushing and scrubbing.  When a concentrate has been formed, the chemically challenging process takes place to attempt to separate individual REMs.  This process can include leaching, precipitation, dissolving, and various other purification methods specifically designed for individual earth elements.

Depending on the type of element, various materials such as acids and radioactive chemicals can be incorporated during the extraction process and it can be repeated several to hundreds of times.  These processes produce toxic waste and is part of the challenge in producing REMs.

Unlike minor metals that saw a rapid boom post WWII, REMs did not have such an important role prior to 1965 even though minor amounts were produced.  You may remember when the first color television sets appeared in the market, and you can thank Europium for that.  This discovery put the United States at the top for REM production.  In the ‘80s, China caught on and started producing massive amounts of REMs and became the world’s largest producer.

Since then, multiple countries and government agencies have recognized the importance of earth elements and began to stockpile reserves and incorporate it into nearly every aspect of defense, industrial, aviation, consumer electronics, and much more.

China had the lowest prices for REMs which forced competing mines around the world to stop production.  At the time, this ultimately led China to restrict REM exports that led to a significant rise in price for the materials.  This forced the United States to figure out how to consume less REMs, find alternative substitutions, and produce products that don’t require them.

While the States may have reduced REM consumption, China and Australia have continued to increase their production of products made with REMs that has caused a consumption increase, and consequently, a demand for them.

So, what technologies currently use earth metals?

Rare earths are essential for multiple sectors of defense.  Lanthanum drives night vision technology in goggles and associated gear.  Neodymium powers laser-rangefinders used in sports such as hunting and golf but also for military precision-guided munition applications in which Praseodymium is essential.  The same rare earths are also used for communications and guidance systems.  Samarium is also incorporated into precision-guided weapons.

REM chemical combinations can be used as temperature-resistant magnets that have a huge role in aviation.  Examples such as Samarium-cobalt and Neodymium-iron-boron magnets are used in fin actuators for missile flight guidance and controls systems and as components in military computer-driven innovation.

The United States use of REMs in national defense has acquired more interest in recent years as 2019 has marked the official funding of commercial-scale rare earths production by the U.S. Military.  The country’s own resources and partnerships with ally countries will help to satisfy the military’s demand for REMs.

Rare Earths in the Automotive Industry

REMs and their alloys are used in multiple areas of the automotive industry namely catalysts, batteries, and drive motors.

As you can see, there is a diverse use of REMs in automotive components.  Cerium is used to polish glass and mirrors while Neodymium modifies light transmission properties of headlight glass.  Hybrid batteries use Cerium and Lanthanum while electric motors and generators can incorporate a variety of REMs such as Neodymium, Praseodymium, Dysprosium, and Terbium.  Rare earths are also used as a refiner in gas used to fuel internal combustion engines.

Rare earth magnets, like that of Neodymium-iron-boron, are used in sensors, and even ferrite magnets contain small amounts of rare earths and minor metals like Lanthanum and Cobalt to improve magnet performance by as much as 25%.  GPS navigation, touch screens, power windows, and all the high-tech gadgets in new vehicles will have at least some contribution of REMs in their making.

While some luxury brands are making the shift to rare earth permanent magnets like Tesla, Toyota has “come up with technology which would help conserve neodymium stocks.”  By moving away from Neodymium, they’re consuming the cheaper and more readily available Cerium and Lanthanum supplies.

Rare earths play a progressive role in the clean and renewable energy movement as governments search for ways to move away from fossil fuels.  However, a major and legitimate concern are the very low recycling rates for REMs while some are not recycled at all.  The parallels of using REMs as a renewable energy is intimately intertwined with dwindling supplies and the challenges of mining and refining.

In the chart below, we can see how the demand for REMs in solar and wind turbine technologies will grow from 2020-2050, and this chart disregards the needs of REMs in all other critical technologies such as military, automotive, and consumer use.

The same Neodymium-iron-boron magnets that we see in electric vehicles and military applications are also the same magnets that are used in generators for wind turbines.  While Neodymium is largely used in offshore and onshore wind turbines, additional rare earths such as Dysprosium, Praseodymium, and Terbium and other critical metals such as Silver, Indium, and Tellurium; Boron, Selenium, and Cadmium are also needed to power solar panels.

Most everyone has come into contact with REMs, perhaps, without even knowing it.  The electronics sector continues to consume REMs for multiple products, but the average person would likely associate its use with modern electronic devices.

The most relatable electronic device is likely the cellphone.  It’s estimated that over five billion people own mobile devices, and what rare earths are in a smartphone?  Neodymium, Dysprosium, Gadolinium, Lanthanum, Praseodymium, and Terbium.  They’re found in the screens, batteries, and other components in miniature personal devices such as tablets and laptops.  They’re also used for GPS, signal amplification, and fiber optic cables.

Rare Earths in Other Fields

Will the World Run Out of Rare Earth Metals?

While the world’s supply and production of REMs is largely dependent on political practices, all governments and world powers agree that an increase in supply is critical.  The challenge lies in building a supply at a rate that matches the increasing rates of global demands.

With undiscovered resources and global reserves, the raw materials exist in a supply that could meet increase demands, but the extraction and economics involved are the primary factors of slow production and that’s not mentioning the location of REMs which is more strategic for some countries than others.

What to do now?  There are many opinions that range from seeking out substitutes to recycling and reusing rare earths and improving the technologies that currently use REMs.

The Race is On

With growing anticipation and awareness of these valuable and critical elements, future organizations can look forward to advancements in technology that will undoubtedly change the way we defend our countries, move forward with clean energy, and interact with personal devices on a daily basis.

Between the United States, Australia, and newly discovered deposits near Japan that puts them on the map, (the major countries that have the most or potential for the most REM reserves) there is the chance to finally develop these resources in a way to compete with China.  The race is on.

2022-01-01
Previous Post: What Are Technology Metals? Which Ones Can You Find With a Metal Detector?
Next Post: Garrett AT Pro Metal Detector Review