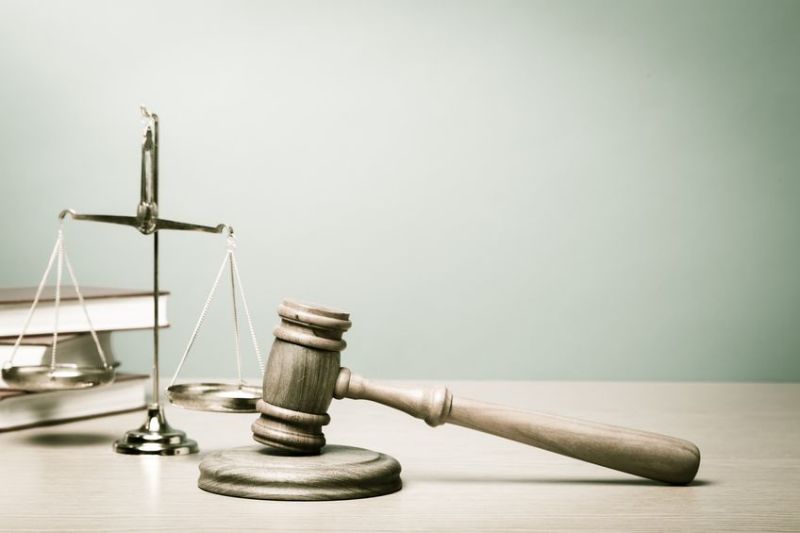 Metal Detecting Laws You Need To Know Before You Go

Ready to get hunting? Let’s hit the best spots that everyone is talking about!

Hopefully, before you even set foot out the front door you’ve done your research on the laws. Yes, there are metal detecting laws you need to know about, and the onus is on you to learn them.

The laws vary between countries, states, counties, and local public places, and it’s incredibly difficult to keep up with all of them.

Your best bet to metal detecting legally is to contact local officials when determining where to detect.

Here, I’ll give you an idea of where to start and what to expect based on US metal detecting laws. However, it should serve as a guide to motivate you to learn the laws for whichever country you live in or plan on traveling to hunt.

Be a responsible metal detectorist, not an ignorant one!

You’re enthusiastic about traveling and using your new metal detector to unearth great finds and maybe make a little money off them. You have some promising sites in mind from the beach to your neighbor’s private property that union soldiers once traveled through. Time to get hunting, right? Wrong.

There are many federal, state, and local laws, ordinances, and regulations in place that can get you into a lot of trouble if you don’t seek out the legalities beforehand. This means your hunt is temporarily on hold until you can determine if you can even be there in the first place with or without your metal detector.

Raising awareness for responsible metal detecting is every detectorist’s duty to protect this enjoyable hobby and ensure its privileges are intact for future generations. Learn the Code of Ethics! Additionally, part of this awareness is to help beginners realize the importance of being a well-informed detectorist and not an ignorant one.

Ignorant detectorists haven’t done their research. They didn’t contact local authorities beforehand or about what to do if they find valuable or historically significant objects. They didn’t seek permission or permits, and they didn’t follow or are not aware of the generally accepted code of ethics that morally responsible detectorists heed.

When you’re caught illegally metal detecting, providing an answer along the lines of “I didn’t know” is not acceptable. Expect your metal detector to be confiscated, you will have trespassed the property, and you may be handed hefty fines. If you’re on protected federal or state land, you could be hit with misdemeanors or felonies – not a good start to your newfound hobby, tsk-tsk.

Nighthawkers is a term that is largely associated with metal detectorists that knowingly break the laws in the UK. Regardless of location, there are some bad apples within the metal detecting community that fall under this category. They do not declare valuable, significant, and historically important finds. They illegally metal detect on restricted or trespassed sites. They take items from protected or scheduled archeological sites. It should be noted that charges are enforced and there are serious consequences for nighthawkers.

Don’t be ignorantly caught red-handed. Nighthawkers could give us all a bad reputation, so let’s look over some things you must consider if you plan on keeping your metal detector, your finds, and leaving the site without fines or cuffs on.

Where is it Legal to Metal Detect?

Your own backyard is one site that you don’t need anyone’s permission for unless it’s registered as a historical site, is on tribal burial grounds, or is listed as a part of an archeology site. Once again, research is required here too. Likely, you’ll already know if your property constitutes one of these sites, but it may be unlikely, so feel free to explore if you’re in the clear.

If you plan to extend your hunt beyond your own fence lines, you’ll need permission. Asking to metal detect on someone’s farmland, backyard, or acreage of property isn’t always a comfortable experience, nevertheless, you must have permission.

But, beyond just a patch of lawn, there are many other types of private properties that you can explore that have no specific laws in place except for property trespass laws. Seeking permission is a must for these sites:

Some federal acts to research are:

While these laws are in place, there is an exception that allows district commanders, park superintendents, and like officials to make park-specific regulations. Seeking permission on federal land is a must as violators will be prosecuted.

BLM land allows metal detecting without specific authorization if you stay away from historical sites. Again, contact the BLM office for specific information on restricted areas that you should be informed about.

This is not a comprehensive list of federal sites and permissions, but it’s a start. The bottom line is to always seek out permission and do your due diligence.

Can you metal detect on state land? Like hunting on federal land, there are many state laws that are in place to protect state sites and their historical resources. State laws are adopted after national acts, so there will be similar limitations on restricted areas and violators will be prosecuted. But, don’t feel disheartened as there are many state sites that you can explore with and without permission that includes state parks and state beaches.

Municipalities have different ordinances too. For example, last I checked, in Marana, AZ, you can detect and dig in city parks without a permit, but in Bisbee, metal detecting is permitted but digging is not. Some cities or counties may require a permit at no cost like in Tucson, but in Pima County, no metal detecting is allowed, even at county parks.

This gives you an inside look at how very different metal detecting laws are between regions, counties, and cities even though they are in the same state. Research and permission are a must.

Some schools have obvious security measures in place and no trespassing signs that restrict access even during after-school hours. You will have to seek special permission to metal detect here and this would be the same as seeking permission from a landowner or the state for defunct school sites. If property policies are in place, metal detecting may be stated as a prohibited activity – that’s the bottom line.

What about cemeteries? Believe it or not, it’s a common question. While some cemeteries allow metal detecting, digging is not permitted. Also, “recovering” items from gravesites is not “finding,” it’s stealing. Hunting at cemeteries is generally seen as a taboo site for hobbyists as it may give the wrong impression or a bad image of a detectorist.

Can You Metal Detect at a Public Park?

Depends on what park. If it’s a National or State Park, it’s a no. They’re often protected and have historical or tribal significance. If the park has areas that are free of historical resources, you may be granted permission by the park superintendent, district commander, or other federal officials that can grant permission.

County parks generally have the least amount of restrictions, but it could depend on what state you’re in and its significance to the area and local government. Most of the time, you can metal detect in these places, but just like hunting in city parks, seek out what requirements must be had or regulations you must follow before you go hunting.

Where Can I Legally Detect?

You can literally legally detect anywhere if you have permission. Federal and state lands are usually a no-no unless you can get permission. Beaches are usually a safe place for metal detecting, but regulations may restrict you from certain parts of the beach or from going in the water. Parks that allow metal detecting with or without permits expect detectorists to follow local ordinances and to comply with a code of ethics.

Private properties are excellent hunting sites, and all you need is permission from the landowner. If you can prove yourself to be a trustworthy, respectful, and responsible detectorist, you may be allowed back. They may put in a good word for you to friends and other landowners that may have prospective sites for you to hunt.

Can You Metal Detect on Beaches?

Yes! Well, most of the time on public beaches. You’ll have to check with the state and the park office that maintains that beach. Generally, a permit isn’t needed unless there are is reason to believe that there is evidence of historical resources in the area. Remember that privatized and restricted areas of a beach are off-limits. There are some beaches that don’t allow metal detecting unless you’re specifically trying to recover an item you lost. You must get this information from park officials.

Do I Need a Permit for Metal Detecting?

For private property, no. For everywhere else, it depends on what the local laws are for that site. If no local laws exist, what are the state laws? Usually, a permit isn’t difficult to acquire, and they’re often provided free of cost. However, just because you’ve been issued a permit, it doesn’t mean you have liberty to do whatever you want. You must follow any regulations and policies and always adhere to the code of ethics.

It should be obvious by now that research and due diligence is a must. Yours or someone else’s knowledge may be very extensive about metal detecting laws, but providing comprehensive laws and regulations for cities, school districts, counties, states, and countries in one place is near impossible.

While decades-long laws still very much apply and are sometimes amended, it’s very individual for each site. Instead of assuming that the same laws apply, even in the same county or city, it’s always best to find out what the laws are for that specific site. A hunting session with law-abiding confidence is a good hunting session indeed.

Back to Where to Metal Detect Guides