Home > Guide > What Are Technology Metals? Which Ones Can You Find With a Metal Detector? 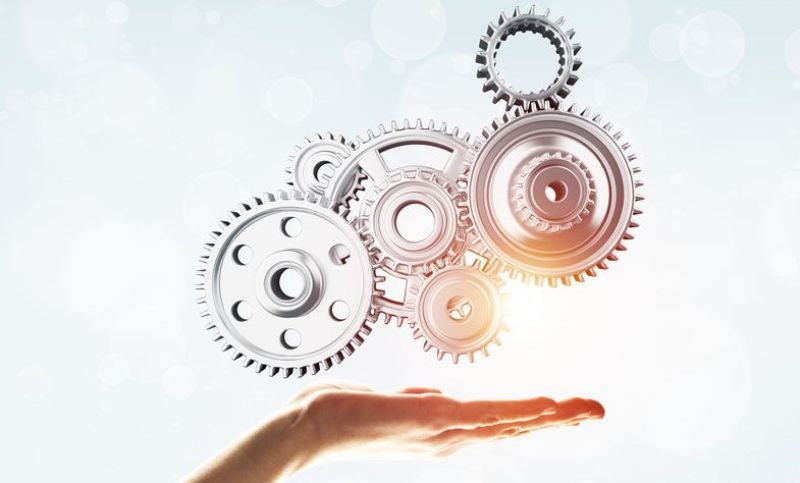 What Are Technology Metals? Which Ones Can You Find With a Metal Detector?

If you didn’t know what powers your night vision goggles, cellphone, or even the satellites in the skies, it’s technology metals.  Never heard of it?  Since it’s still a relatively new term many may still be ignorant to its definition, but the use of specific metals for the advancement of technology is likely something you’re familiar with in your everyday life.

What are they and how are they used?

Are they metals you can search for with a metal detector?

This guide will take you through samples of technology metals, the basics of how metal detectors work, and what metals can be found with a metal detector.  Consider this your 101 intro to tech metals in the 21st century.

What are Technology Metals?

Metals have been mined and used in various ways for centuries and is still a form of currency and opportunity for investment.  But, its use in technology is relatively young considering its life-long existence as a source desired for its structural, versatile, and decorative properties.  Today, we can use metals for their magnetic, electric, electronic, corrosion-resistant, phosphorus, light-refraction properties and so much more.

“Technology metals” has been an acceptable term since 2007, but the concept of using metals within the technology sector started long before.  To name just a few applications think precision machining, electronics, and military weapons systems.

The definition for technology metals is rather fluid, but the agreeable consensus seems to be any “rare” metal that is in demand, available, and used for the purposes of furthering technology and engineered systems.

While the following lists are all considered technology metals, we can further break them down into their appropriate categories.

Minor metals are not found or mined in a pure form.  They’re produced as a by-product of base metals through mining and smelting operations.  The list for minor metals can be quite comprehensive as it can include non-metal materials.  Over the 20th century, we have seen some metals moved from minor to major status, such as Nickel, Tungsten, and Aluminum to name a few.  As such, the list that qualifies a minor metal is ever-changing as demand and availability is determined by their primary function in high-tech devices.

Some specific technology metal applications are:

Which Technology Metals can be Found with a Metal Detector?

When one thinks of metal detectors gold and weapons quickly come to mind.  Prospecting for gold and walk-through metal detector screenings at an airport are iconic uses of the important tools.  To be able to determine what technology metals can be found with metal detectors, let’s briefly go over how they work.

This is the most basic type of metal detector.  They can detect items like coins, jewelry, and other metal objects around two feet below ground.  Copper coils are linked to oscillators that produce a frequency and is transmitted to a speaker to induce audible sound upon detection.

Pulse Induction is a more expensive type of detection even though it can be difficult to distinguish specific types of metal.  However, it’s extremely efficient for detecting conductive objects buried deep within soil, sand, and water.

Pulse Induction metal detectors may incorporate use of only one coil acting as both the transmitter and receiver, or it may have many more that all work together.  Essentially, the coil sends out powerful and short pulses to create a magnetic field that dissipates quickly but can produce as many as 100 pulses a second, however, the frequency will vary between models and manufacturers.  When there is a conductive object, the pulse is essentially reflected back towards the coil.  The interpretation of the length of the reflected pulse can determine if there is a conductive object such as a gold nugget.

Without getting into the dynamics of diamagnetic and ferromagnetic materials here, it should be enough to say that metal detectors can detect objects with high electrical conductivity and/or magnetic permeability properties.

So, what can be found by a metal detector?

Most precious metals can be found with a metal detector.  In their natural form, they can be difficult to detect due to rarity and phase responses that are similar to less valuable metals.  Additionally, naturally formed voids and mineral interference can inhibit the flow of conductivity.  Other elements that are highly detectable are:

Many times, treasure hunters are after precious and semi-precious stones that metal detectors cannot detect unless these stones are encased or set in metal, such as lost jewelry.  But, some non-metal items in their pure form can be found around the same minerals that indicate gold deposits.  For example, if you find gold, it can be a good indication that garnet gems and magnetite are nearby, and sometimes where there is gold, there are diamonds.

When it comes to finding REEs or rare earth metals (REM) that are used in devices like smartphones and other diverse technologies, there isn’t any concrete data that suggests a metal detector can detect these lanthanides.  Even if you could find a concentrated deposit in the earth’s crust, which is very difficult, mining and extracting specific REEs is an expensive and labor-intensive process.

There are many more metals and elements detectable by metal detectors, but you must know a few things about your target object.  If it has high electrical conductivity or high magnetic properties, it can be detected.  However, your choice of metal detector will have a great deal in determining how well you can detect your desired object.

Important considerations in choosing a metal detector include:

Being able to get out there with your metal detector and become skilled in interpreting the data, whether it be by sound or a moving needle, will help you come close to identifying what is buried beneath.

What Does “Rare” Really Mean?

Precious metals are rare and are therefore very valuable, but that hasn’t stopped recreational prospectors or even professional miners from finding concentrated veins and deposits.  However, most metals used for technology are largely dependent on the mass production of base metals.

On the other hand, rare earth elements aren’t as rare as you would think.  They’re quite abundant in the earth’s crust, but they’re rare metals because they’re widely dispersed due to tectonic activity and weathering over millions of years.  Finding them in substantial concentrations high enough to justify the economics of mining, extracting, and separating rare earth elements from their bound state makes them rare.

Technology metals, regardless of their monetary value, are crucial to world governing bodies for everything from national defense to civilian daily use of miniature electronics and lighting up a house.  Are tech metals valuable?  In more ways than one.